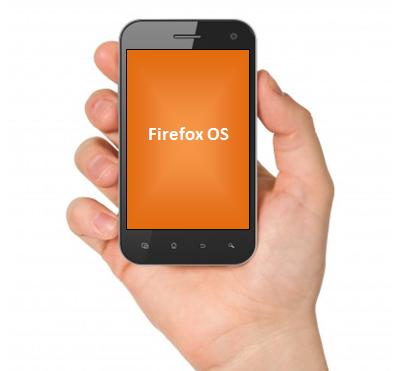 The official Firefox color dominated the Mobile World Congress this year. This trade show that was held in Barcelona brought together mobile OS and applications from different parts of the world. Firefox is among the most popular web browsers. This year’s trade show turned out to be a Firefox’s party. Perhaps, you may be wondering whether there is really a need for another OS for Smartphone. Currently, Intel and Samsung are already pushing for an open source OS known as Tizen. Projects such as LiMo, Meego and Maemo have also been competing with Apple’s iOS and Google’s Android. Windows Mobile is also in the list of the competitors in this field.

However, Gary Kovacs who is the current Mozilla’s CEO notes that Firefox is not designed for profit purposes. The use of mobile phone in browsing the internet has increased rapidly following the invention of contemporary mobile devices. This has necessitated the development of innovative web browsers and OS that cater for the need of latest mobile phones. This CEO notes that people need a new iOS for two major reasons. These are to Google and Apple dependency which are currently controlling the market. He also notes that the new iOS reduces the cost enabling many people to access the internet.

Perhaps, what makes Firefox the next big thing in the mobile browsing industry is the fact that it is not traditional like other operating systems such as Android and iOS. It comes in a HTML5 format. This is the main underlying language that is used in the web. Applications that run on the web hook in the hardware of the phone and this data can even be accessed while one is offline. In addition, the new Firefox OS can be operated with half of the memory that is required by Android. Thus, phones with this OS are likely to cost around $100 or below. This is half the price of Android phones.

Over 500 engineers have been working on this project for the past two years. According to Kovacs, the company is liaising with Google to ensure that the final product is pleasing and effective for Smartphone browsing. Several carriers also joined Kovacs onstage during the tradeshow. Telefonica and others intend to sell phone with Firefox OS to countries such as Mexico, Poland and Brazil beginning this summer. These phones will be manufactured by companies such as Huawei, Sony, ZTE and LG electronics. According to latest analytics, Firefox will be at one percent of the overall global Smartphone devices come December 2013.

According to the director of Telefonica, Firefox does not have to get 40 or 50 percent of the overall market share. It just needs to make itself a renowned brand and third alternative. Mozilla has set aside a double digit millions as the marketing budget for promoting Mobile Firefox ion Europe and Latin America this year. It is no doubt that with this investment Mozilla is certain that Firefox OS for mobile phones is going to be the next big thing.

Nevertheless, Kovacs is keeping expectations low. This is because Firefox is likely to change the entire mobile industry. It is most likely that the new OS will subvert the entire app economy just like what Netscape did to AOL’s walled gardens 20 years back. Consumers will not see phones with Firefox OS in the market until summer time. If consumers find them slow or having complications when it comes to their use, they will have to liaise with the company of improvement. However, with the effort being put by the engineers and the entire company the new Firefox OS will most likely be the best and newest OS for Smartphones

Pros and Cons of Social Networking